How to Put on a Duvet Cover: 3 Different Methods

This article will show you how to use a duvet cover and give you 3 different methods on how to put one on. Once you know the trick, you'll be able to take advantage of changing your bedroom decor whenever you need a new look, or you simply want to do some spring cleaning and throw it in the wash.

What is a Duvet Cover?

A duvet is a soft blanket filled with down, feathers, or synthetic material, and is designed to be used with a duvet cover which protects it from daily wear-n-tear and stains.

Although a duvet can be cleaned at a dry cleaner, the duvet cover can easily be thrown into your washing machine and washed like your bed sheets.

Duvet covers are inexpensive and easy to store, so many people choose to have several tucked away in a closet so they can change their bedroom decor with the seasons or whenever they want a new look.

What is a Duvet Cover Set?

Although, if you already own a duvet insert, you can also purchase duvet cover sets that only include the duvet cover and pillow shams.

How to Use a Duvet Cover

As mentioned above, there are two pieces to a duvet:

Because the duvet is designed to be used with a duvet cover, the duvet itself can look rather bland.

The duvet cover is most often made of cotton and comes in a wide variety of colors and patterns. It fits over the duvet like a pillowcase, however, unlike a pillowcase, the open end is closed with buttons, snaps, or a zipper to keep the duvet inside the cover.

Some duvet covers have a tie or clip inside each corner to help keep the duvet from slipping within the cover. But even if yours doesn't, you can pick up inexpensive duvet clips or add ties that'll do the same job.

Many people use the terms duvet and comforter interchangeably, and although they share many similarities, but they are actually different.

Comforters are also blankets filled with down, cotton, or synthetic material, but they don't require a cover. In fact, they are ready to be used right out of the package.

They frequently come in matching sets, with pillowcases and sometimes even sheets.

One thing to keep in mind is that duvets are generally larger than comforters. As an example, a queen-sized comforter is 78" x 87" where a duvet is 90" x 90".

Although comforters are often less expensive than duvets, they're far more challenging to clean, since the entire comforter will need to be washed and dried. Where a duvet can be removed from the cover, and only the cover needs to be washed.

In addition, duvets are more versatile than comforters since you'll be able to change the duvet cover whenever you want a change to your decor.

Why Should You Use a Duvet Cover?

There's a lot of reasons why a duvet cover is a good choice. Here are a few of our favorites:

Variety - One of the top reasons people choose to purchase duvet covers is the endless variety available. They come in different styles and fabrics, and there's a seemingly endless choice of colors and designs to choose between. If you want to give your bedroom a different look, you'll have more options than you could image.

Easy to Wash - Another popular reason people choose duvet covers over comforters is how easy they are to clean. In order to wash a comforter you'll need to jam the entire thing into your washer, and then worry about getting it dried! With a duvet cover, all you need to do is remove it from the duvet insert and wash the cover. It's as simple to washing and drying your bedsheets.

Daily Wear - Not only are duvet covers easy to wash and dry, but they also offer protection to the duvet insert. Let's face it, you're bound to spill your coffee or drop crumbs on your bed. Even if you're extremely careful, just day-to-day living can cause a stain to develop. A duvet cover protects the duvet insert from damage.

Affordable - Duvet covers are an extremely affordable way to change your bedroom decor. If you are someone who enjoys variety, you can purchase several different covers and change them periodically. It's a budget-friendly way of keeping your bedroom looking new and fresh, and so much cheaper than buying a new comforter set every time you're looking for a new look. They're even easy to store!

How to Put on a Duvet Cover

Many people struggle with putting on a duvet cover, so it might surprise you that there are several different ways. Here are a few of our favorites:

Step One: Spread your duvet insert flat on your bed.

Step Two: Turn your duvet cover inside out. Reach inside and grab the two top corners (one corner in each hand).

Step Four: With the top two corners firmly in secured to the duvet (hold if necessary), pull the duvet cover so the correct side is facing the outside again. Ensure that it duvet insert. You'll need to give it a couple of shakes so it lines up properly.

Step Five: Tuck the bottom two corners of the duvet insert into the duvet cover and secure them in place. Then Button or zip up the opening.

Step One: Lay the duvet cover flat with the opening facing up. Then place the duvet insert on top of the cover.

Step Two: Place the top corners into the duvet cover, and secure each corner in place with ties or clips.

Step Three: Once each corner is in place and secure, shake the cover until the duvet insert lays evenly inside. Then zip or button the duvet cover's opening.

The California Roll (or Burrito Roll)

Step One: With the duvet cover opening facing away from you, turn it inside out and place it flat on your bed.

Step Two: Put your duvet insert on top of the cover so that all corners are aligned. Tie or clip the corners in place if your duvet cover uses ties.

Step Four: When it's completely rolled, place the duvet insert roll inside the duvet cover and button or zip the cover's opening

Step Five: Begin to unroll and separate the duvet cover from the rolled insert. Once fully unrolled, shake the duvet to fluff it up and ensure it is in place.

There are so many duvet covers on the market that it's easy to feel overwhelmed trying to choose one. We want to offer up our top pick so you can get started with the perfect duvet cover.

The Bedsure Duvet Cover is available in nearly all sizes. You can purchase a Twin, Full, Queen, King, and even a California King size. In addition, there are 17 colors to choose from that are sure to look fantastic in any bedroom. 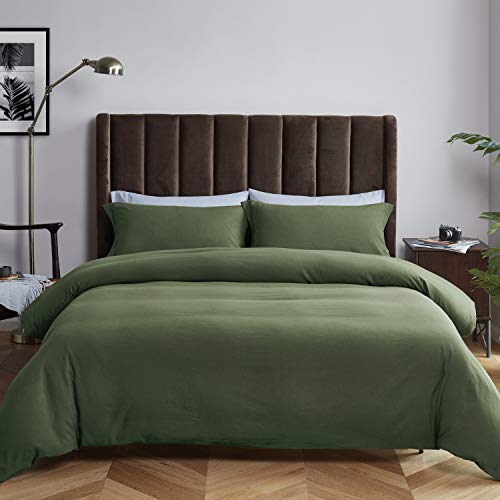 While you can find duvet covers with patterns and prints, we love solid colors because they are so adaptable and look wonderful in any setting. These vivid colors provide a lovely backdrop for throw pillows or decorations in your room.

Inside of the cover, you'll find corner ties to keep your duvet insert from bunching up inside. There's even a hidden zipper to keep the cover closed.

The Bedsure Duvet Cover is made of soft cotton and comes with two pillow shams to give your bed a stunning finished look.

If you don't already have a duvet insert, you may want to consider purchasing the one made by Bedsure. It's made of 100% microfiber and is machine washable. 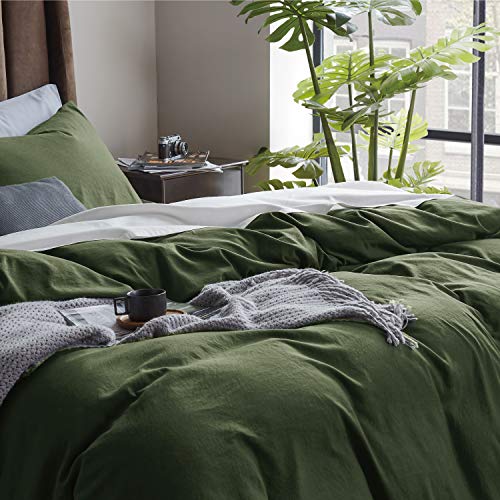 The Bedsure Duvet Cover comes with 2 pillow shames, and is available in a variety of colors and sizes.

Duvet covers are a great way to easily change the look of your bedroom without investing in a whole new bedding set. They're easy to remove, wash and store. In fact, they're a budget friendly way to change your room decor every season, or even more if you like!

With these tips on how to use a duvet cover, you’ll love the ease this bedding offers. A duvet cover is a perfect addition to any bedroom. 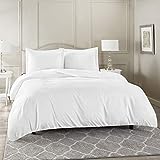 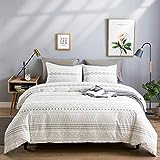 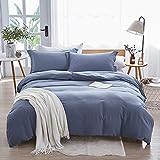 Where Should a Tankless Water Heater Be Installed in My House?

Where Should a Tankless Water Heater Be Installed in My House?